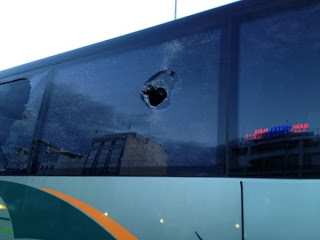 The first game of the Olympiacos-Panathinaikos Greek A1 finals got cancelled after Panathinaikos bus was attacked on its way to SEF arena.

Panathinaikos bus got attacked with stones near the SEF arena, presumably by Olympiacos fans.

The bus sustained some damages, but the worst thing was the broken glass which injured Stratos Perperoglou and Steven Smith, who were taken to the hospital.

Panathinaikos eventually arrived to SEF, but missing two of their players who are expected to be there soon. However sources from within the Greek League say that a final decision to postpone the game has been taken with the approval of state ministries and the police.

The General Secretary of Sports Ministry of Greece will announce new safety measures tomorrow to be enforced during the A1 finals, possibly allowing only minors to attend the games. 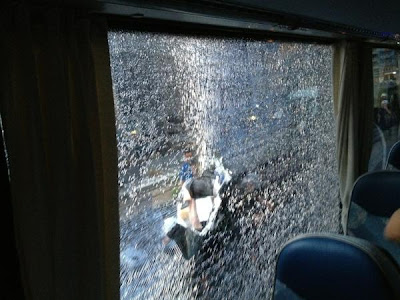